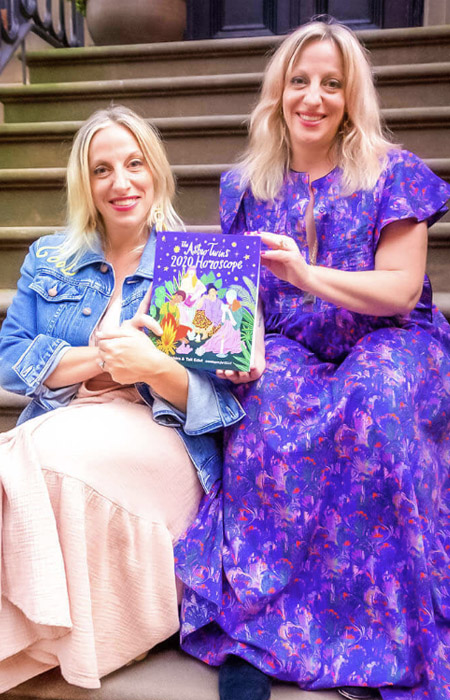 Join authors Ophira and Tali Edut as they reveal what's in the stars for the new decade.

Discover what's in store for your zodiac sign, and get a signed copy of their book, The AstroTwins' 2020 Horoscope.

The most comprehensive yearly horoscopes book available, written by world-famous astrologers The AstroTwins, known for their accurate readings, whose horoscopes are seen in Elle Magazine, Elle.com and MindbodyGreen.com

Identical twin sisters Ophira and Tali Edut, known as the AstroTwins, are professional astrologers who reach millions worldwide. Through their website Astrostyle and as the official astrologers for ELLE magazine, they bring the stars down to earth with their lifestyle and coaching-based approach to horoscopes. They’ve created astrology sections for multiple media properties, including Refinery29, Parade, and Lifetime TV. Bestselling authors, they’ve written a collection of books, including AstroStyle, Love Zodiac, Shoestrology and Momstrology (their #1 Amazon best-selling parenting guide) and their own brand imprint annual horoscope guides.

The AstroTwins have been featured by Good Morning America, the Today Show, the New York Times Sunday Styles section, People Magazine and Vogue. They have collaborated with major brands including Coach, Zappos, Nordstrom, and co-created the wildly successful “Signs of Love” campaign with Revlon and Refinery29. The sisters have read charts for celebrities including Beyoncé, Stevie Wonder, Karlie Kloss, Emma Roberts and Sting. They are regular guests on SiriusXM and have appeared on Bravo’s The Real Housewives of New Jersey, doing on-air readings for the cast.